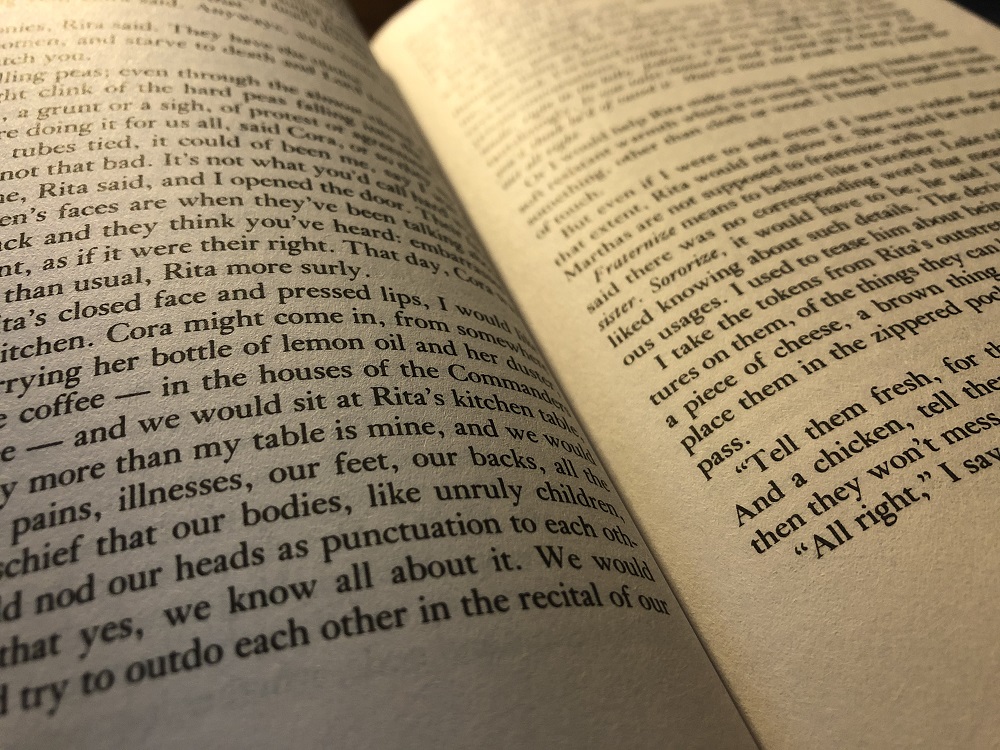 “My name isn’t Offred, I have another name, which nobody uses now because it’s forbidden. I tell myself it doesn’t matter, your name is like your telephone number, useful only to others; but what I tell myself is wrong, it does matter.”

Margaret Atwood’s dystopian novel reveals a world horrifying in its details yet undeniably familiar, like an old plaything abandoned only to be recovered decades later, faintly recognizable, a symbol of a distant place that does not exist in present time. Her Republic of Gilead illuminates realities and potentialities, extrapolating truths of our histories and refashioning them together.

One such actuality is the economy of names that informs, dictates, and prescribes human value, severally and collectively. To name something is to exercise power over it. We name our children because they are “ours.” We name people, pets, places, and every other tangible and intangible substance in a desperate effort to give order to the things within our reach.

When we gift to someone a nickname, we grant them high value in our inner economy. They have been initiated. They have so climbed the ranks as to achieve a new name — one that is specific to this social group and a private praise that cries “I have known you, and I will keep you.”

The contrary occurs when we yoke someone with an insulting or vulgar “nickname.” They become so repulsive, so abject that their identity is no longer introduced by their birth name, but by this newly-given demotion, this social marker that tells the others that this one is below us.

So also with titles, yet with a bolder intensity. Our accomplishments — our arbitrary victories of scholarship or employment — are so highly valued in the economy of names that they precede them. Doctor Smith. Senator Carrey. Attorney Stone.

Offred, by the structure of her name, uncovers immediately the possessive power of names. Her name announces through the economy of names, “I am of Fred. He is my identity now.” And her title is Handmaid, a collective title that translates in the economy to a dispensable product, an object for persons rather than a person herself.

If you haven’t read Atwood’s The Handmaid’s Tale, you can purchase it here. The piece is earth-shattering, eye-opening, and perspective-changing.

We are a participant in the Amazon Services LLC Associates Program, an affiliate advertising program designed to provide a means for us to earn fees by linking to Amazon.com and affiliated sites. As an Amazon Associate, I earn from qualifying purchases.

When life offers us so rich a bounty of inspiration, how can we help but to reflect in writing all that climbs into our hearts and takes up residence there? View all posts by faithhealthandmusings

There is no greater agony than bearing an untold story inside you. – Maya Angelou